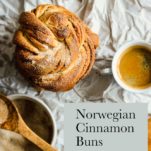 Kanelsnurrer (norwegian cinnamon buns) are my favourite yeast pastry. They are my perfect comfort food because I have some lovely memories connected to them.

Last week I was inspired by Kati’s (of Vegan-zu-Tisch) photo on Instagram that took me right back to the time I spent in Norway. Years ago I was able to live there as a full-time student and to a degree this was the best time of my life. I felt blessed that with the help of European programmes and German student stipends I was able to spent my time walking around on the campus of Oslo university, getting to know all kinds of people, learning Norwegian and visiting German and English language classes. Coming from a background of a family that never went on vacation and where I was the first person to set foot in a university, it still sometimes seems unreal to me. 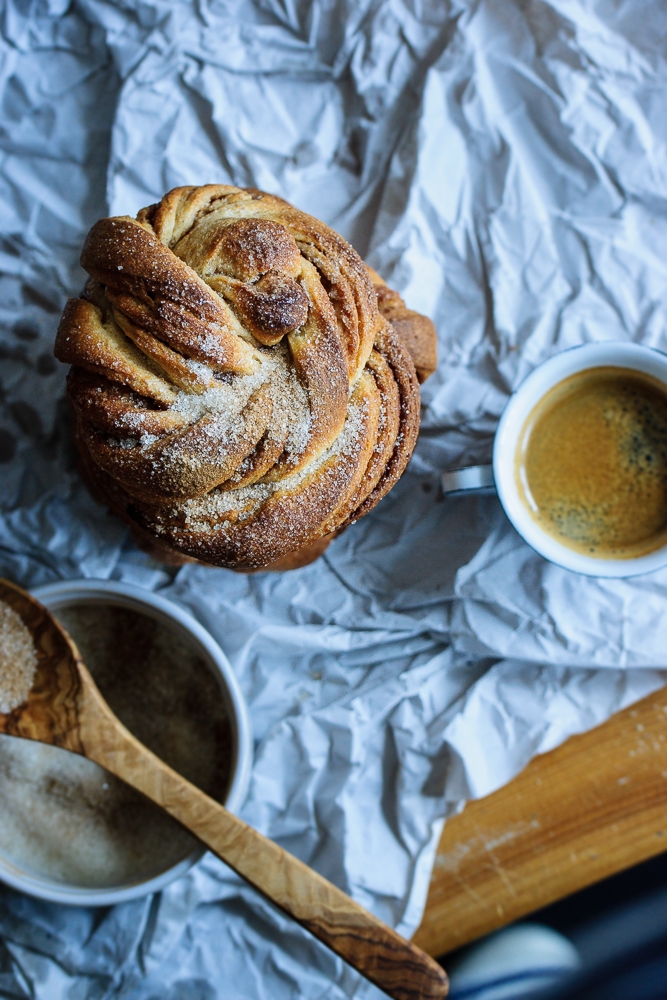 What doesn’t seem so unreal to me is the fact that I ate a lot of cinnamon buns ate the campus cafeteria. (While I didn’t know how to bake back then I sure did know how to eat!) They were huge and sweet and so soft. And they had this really special taste to them that I couldn’t place. Now I know that there was a second spice in these buns which made them so outstanding and mysterious: cardamom. It’s a spice that you almost never find in German baked goods and still it has become a huge favourite of mine. Probably because it reminds me of Oslo, the waterfront, the huge forests around the city and all the things I learned to love while being in Norway.

I have been making basic Norwegian kanelboller for ages now, usually I shape them like regular cinnamon rolls. (And call them kanelsnegler!) If you want to get fancier you can shape them like twisted knots and call them kanelknuter (cinnamon knots) or kanelsnurrer (cinnamon twirls, snurre means “to spin”). I like the word kanelsnurrer best because it’s much more fun to say.

Even though they look difficult to make, it’s actually a lot of fun and doesn’t take much time. You start by rolling the dough into a large rectangle which you then smear with vegan butter and sprinkle with a lot of sugar and cinnamon. Then, with the long edge of the dough facing you, you fold one third of the dough into the middle and then the remaining third over from the other side.  Roll out the dough into a rectangle 50 x 15 cm long and cut it into 8 long strips. Twist those strips and wrap the twist around two fingers, then tuck the end of the dough into the hole where your fingers used to be.

If this sounds too confusing, you can see a couple of very descriptive pictures here. (Just keep in mind that I folded the dough differently and that in my version your dough shouldn’t look long and thin after folding but rather much more compact and almost square.) 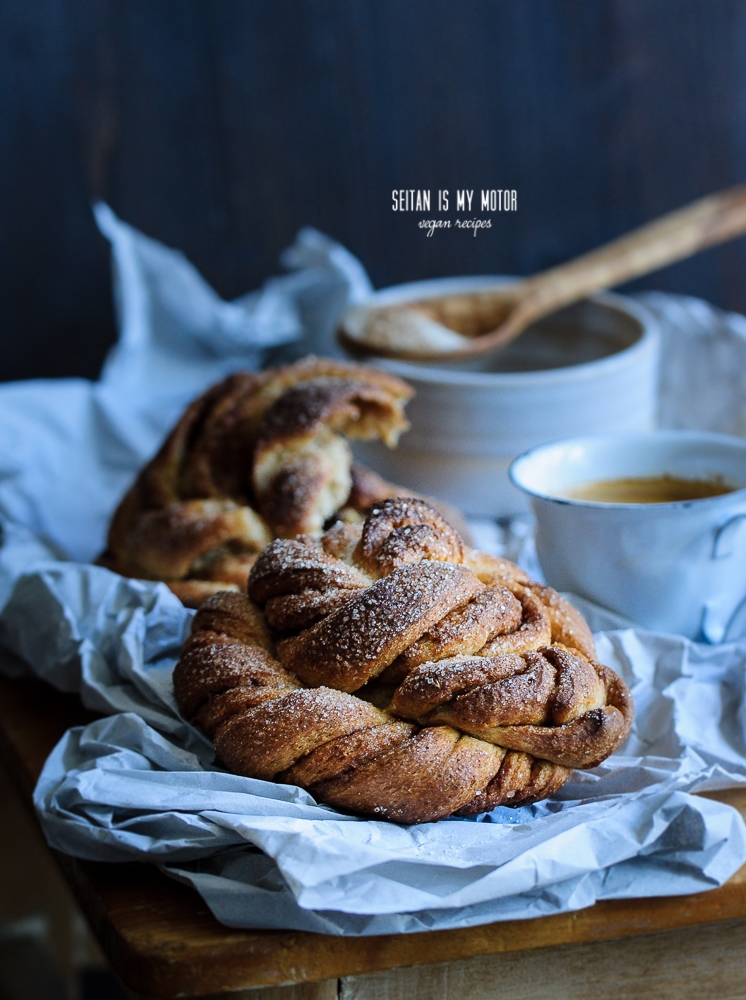 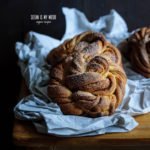 Adapted from this recipe.

Oh my god! These are the best cinnamon rolls I’ve baked! 🙏🙏🙏 Bless!

Thank you for another amazing recipe, these buns taste amazing!!

Wow these looks so impressive! Thanks so much for your posts (despite telling us you were not going to post much any more 😂). Each new post is a special surprise that I didn’t think I was going to get!

Thank you! I had a day off this week so I thought I’d better get a new post up:)

Those scrolls look amazing – I am not sure we have them in Melbourne but I had similar ones in Edinburgh last year that were superb and I would love to try this – the swirly scroll has always seemed so fancy. And I am sure your little girl will have travelled a lot more once she is uni age than you did as you seem to do some travel now.

Yes, that is true. She’s laready seen many places! And yeah, these look impressive and that is what I love so much about them. Such a nice twist on the traditional version.

I’ve never seen cinnamon rolls like this! They look delicious!

Many thanks for this beautiful recipe and post, complete with great photos. I will enjoy sharing these with loved ones in the very near future.

Thank you, Gina! I hope your folks like these just as much as mine do!